If you didn’t get the email, we are having an informal meeting each Tuesday evening from 6:00 pm to 8:pm to talk about post improvement, our goals or just some sea/war stories. If we’re talked out, there are some old fashioned games or we can watch a movie. Anything goes.

Hope to see you next week.

IMPORTANT: If you are a member and youvdidn’t get the email, contact me and I’ll get you on the list.

The October 2020 Newsletter is available to view online or download here: https://alpost21.com/newsletters/ .

By: P Ciarelli
With: 0 Comments

Randolph Granger joined Post 21 forty years ago to help a friend work Kenosha’s 4th of July fireworks display which was performed by Post 21 at the time.  He remembers those days fondly.  He had been at the post previously, “as a kid” when the Post hosted teen dances.

At our August member meeting Randy presented the post with the pictured artwork which is a signed pen and ink drawing of the USS Arizona (BB-39) Underway.  The work was created on the 40th Anniversary of the Attack on Pearl Harbor. In the past, he also donated other items, such as another framed picture of the Arizona Memorial, a picture of a funeral caisson, and a Legion Police Badge.   The Grangers have a long legacy in the Legion as Randy’s

father used to write articles for The American Legion Magazine.Randy and his wife Lori, a US Army veteran herself, are currently downsizing and thought that Post 21 was the right place for it. Randy assured us he will come down from time to time to visit us and have a look at a favorite old picture. Thank you Mr. and Mrs. Granger!

Be a part of Across The Pond Veterans Park by becoming a park sponsor. Donate and have an engraved paver or tile displayed at the park

After doing an online service last year due to the pandemic, Post 21’s Memorial Day service will be back at Green Ridge Cemetery this year. The Program will begin at 10am near the flag pole:

The agenda for the May 2021 meeting will include:

Your input is important, See you there!

US Flag Retirement Drop Off Sites.

Post 21 has a flag retirement ceremony on Flag Day.

Dave’s Youtube channel is here:Make a Choice to Rejoice 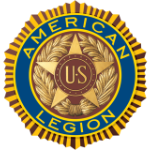 Did this site pique your interest about The American Legion?

Take the next step and make muster at one of our monthly meetings. They are on the 3rd Thursday of each month at 7pm. We'd sure like to hear a NEW sea/war story or two.​​​​​​​ Here's a link to some of the benefits of membership... 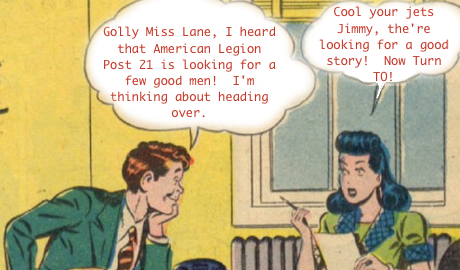 Do you have a little Lois Lane or Jimmy Olsen in you, or a little bit of both? If you have articles, pictures, or ideas on what should or could be on YOUR website, please use the "Contact Us" page to, well, contact us about it!
By the way, we are looking for a few good veterans! 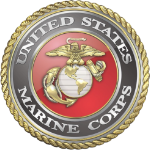 Missing Marines - The author of the Missing Marines website has a link to a book he wrote at the top of the page. Give that link a click, it looks very interesting.

This website is full of information about the Department of Wisconsin. They have a good calendar, and you can read the "Badger Legionnaire" online!

MyLegion is an outstanding way to keep up with the latest benefits of membership! You owe it to yourself to check it out and create an account.

This is the GO TO place for Kenosha County Veterans to find out about your benefits, etc, etc!